What are some of the other do’s and don’ts? Yeah, so don’t be on your phone, things like that. As Janan said the courts are a very formal process. So those kind things a judge will notice if you’re playing on your phone and when your matter gets called up. A judge might recognize that that’s the same person, that’s been disturbing the court. You would hope that obviously it would not influence the judge’s decision, but it is something that people do notice.

And in criminal courts, you’ll notice that there will be at least one sheriff in the courtroom. Most of the time there will be the one that’s speaking and enforcing the rules of the courtroom. If you have drinks, if you’re wearing, accessories on your head. If you’re talking on your phone or playing with your phone, or your phone is not turned off. You would actually be removed from the courtroom by the sheriffs.

Avoid Being Asked To Leave Court

So just be careful with that. If you’re going to be bringing those, you can finish your coffee outside of the courtroom. You take off your hat and leave it outside of courtroom or leave it with someone outside the courtroom. Where you can bring it with you, but just not have it worn. Just to prevent having a little chat from the sheriff. When in doubt, ask your Divorce Lawyer Edmonton. This continues from Divorce Lawyer Edmonton | 12 Best Things To Do in Court.

Another do I would mention is: part of getting there early is there is sometimes the availability of duty counsel. That is a lawyer that is there, that could help you summarily with your matter. They can’t represent you for your full matter, but they could definitely provide you some advice initially. And if you are there earlier, the more likely that you’ll be able to speak to them.

So, they’re usually situated outside, either family courtrooms or criminal courtroom. You can usually sign up on a list where they will call your name out, and then you could explain to that person your matter, and they could provide you some early initial advice for a family document matter. They might actually speak for you in court. So that’s definitely one of the advantages to come in early. And you’ll get some free legal advice if that happens if you don’t have your own divorce lawyer edmonton.

Yeah, just on top of that according to Divorce Lawyer Edmonton. Just to elaborate a little bit more. What duty counsel is to do. There are free lawyers provided by legal aid of Alberta to assist self-represented people in both criminal court and family court, but more so in criminal court. You would want to definitely come earlier as Herman has, mentioned because imagine having a court time of nine, and, but that’s for 40 or 50 other people. Sometimes even up to hundreds of people. Your chances of speaking to duty council because they only really have a few minutes, to kind of guide you along for that date. So you definitely want to come early. 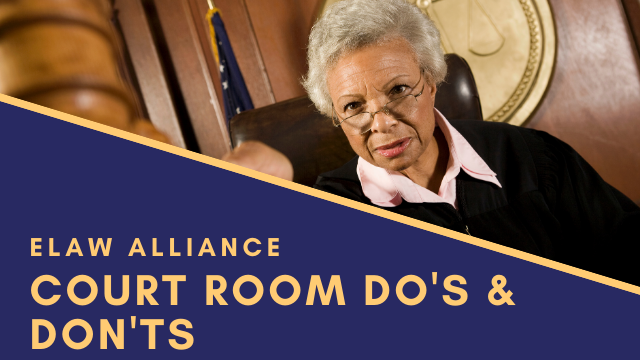 Help For People Without A Lawyer

So that you get as many opportunities as you can to speak to them. That at least you’ll know what you can expect from divorce lawyer Edmonton. Once you are step into the courtroom for family matters. Again, you’ll get more of an opportunity, if you come early and try and speak to duty council, instead of coming a little bit later. Because they might be in the courtroom speaking to the other matters already. And it would be beneficial for them to actually have a little bit more time. So that they know what your situation or circumstances are.

There Are Other Helping Agencies

Yeah, definitely agree with that. If you come early enough to talk to duty council, that’s a great idea. Other agencies or entities that you can speak to early on at the courthouse include members from the Elizabeth Fry Society who help people with their court matters if you don’t have a divorce lawyer Edmonton. Like finding their courtrooms, finding out when their court dates are. There are also native counseling services which also helps people connect to different resources and assists them in the court process as well.

Find Assistance For Your Day In Court

Divorce lawyer Edmonton recommends to seek out that assistance if you are a self rep. Of course, if you have your own lawyer then ask questions. Your lawyer should be handling all of the appearances for you if you’ve hired them. But it doesn’t hurt to ask your lawyer questions. About some of the other resources that are available at the courthouse. And also some of the dos and don’ts. Because there are going to be occasions where you will be attending court with your lawyer. And it’s good to know some of the etiquette. Also check Divorce Lawyer Edmonton | 12 Best Things To Do in Court.

When In Doubt, Refer To Your Lawyer

And some of that etiquette includes if it is an end of court date for example. It’s a date for your trial or where you’re pleading guilty. Normally you are going to be positioned right beside your lawyer at the defense counsel table. As an example, if you’re in custody, then you may be permitted to sit at defense counsel’s table. After you ask the judge for permission to move from these secure cell area to where defense council is sitting. So that’s another tip too.

So I think, that’s it for this video from divorce lawyer Edmonton. Stay tuned because we have a whole lot more different dos and don’ts and just general tips regarding court and etiquette within the courthouse. So thanks for joining us for this video and stay tuned for another. Thank you.

If you have a looming court date. Especially for a family matter, contact divorce lawyer Edmonton. They can advise you during a free one-hour consultation.